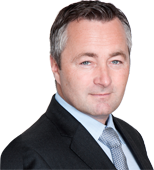 We are currently optimizing our operating business, we think twice about every cent we spend and we are streamlining the Telekom Austria Group to bring it back to its growth path.

"We are currently optimizing our operating business, we think twice about every cent we spend and we are streamlining the Telekom Austria Group to bring it back to its growth path. These joint efforts are clearly reflected in the strong net profit of EUR 92.7 million. At the same time, we continue to offer our customers the best quality in terms of infrastructure, products and services. By investing in the broadband rollout, we are creating the basis to be able to supply even more customers and to offer even better products going forward", said Hannes Ametsreiter, CEO Telekom Austria Group and A1.

Telekom Austria Group's revenues from the operating business remained stable in the first quarter 2015. Adjusted for currency effects, group revenues amounted to EUR 976.0 million in the period under review, thus matching the previous year's level. Including currency effects in connection with the devaluation of the Belarusian ruble, group revenues decreased by 2.0% (Q1 2014: -7.0%). European regulatory effects in the roaming and interconnection areas accounted for a total negative impact on revenues of EUR 11.9 million in the period under review.

EBITDA comparable increased by 5.8% to EUR 338.5 million year-on-year, mainly driven by strong growth in Austria and Belarus. Operating result after depreciation and amortization (EBIT) also showed a positive development, increasing by 43.5% to EUR 139.7 million. This favorable business development led to a considerable increase in net profit after interest rates and taxes, which more than doubled compared to the same period of the previous year, rising from EUR 40.8 million to EUR 92.7 million.

This increase in net profit by 127.5% is mainly attributable to intensive cost savings in addition to a positive market development especially in the broadband and TV segment. Operating costs dropped by 1.6% to EUR 661.3 million in the first quarter 2015. These cost savings allowed for an increase in infrastructure investments by 21.8%. With total investments of EUR 121.1 million in first three months of the year, the Telekom Austria Group ranks among the largest private investors in Austria and in the CEE area.

Mobile customer numbers at the group level showed a slight increase to 19.994 million. Total fixed access lines amounted to 2.764 million in the period under review, a growth of 4.5% compared to the same period of the previous year.

Based on the recently concluded digital strategy TAG 4.0, the Telekom Austria Group is keeping abreast of new trends and transformations in the technology industry. A fundamental building block of this strategy is the implementation of the largest broadband rollout plan in the history of the company, which is due to take place in Austria in 2015. Another focus area is represented by the data and ICT business, which offers considerable growth potential also at the international level.

The Most Significant Developments in The Single Operating Markets at a Glance
In the period under review, the strong group-wide performance was largely due to the developments on the domestic market. While revenues in the Austrian segment dropped slightly by 0.8% to EUR 609.5 million in the first quarter of 2015, EBITDA comparable increased by 6.3% to EUR 207.1 million and the operating result (EBIT) rose by 50.5% to EUR 87.4 million. This decline in revenues is mainly attributable to the cross-border business, which is subject to intensive regulation. While roaming revenues dropped by 5.9%, interconnection revenues declined by 3.6%.

In Bulgaria, the local subsidiary Mobiltel was still confronted with the negative effects of a harsh market environment. However, the adopted reform program showed first results. While revenues declined by 4.1% to EUR 87.5 million and EBITDA comparable by 6.2% to EUR 34.8 million, operating result (EBIT) showed an increase of 2.4% to EUR 14.4 million. The implemented measures in the sales area also proved successful, leading to customer growth. In the mobile communication business, roughly 200,000 net additions were registered in the first quarter 2015 compared to the same period of the previous year, which corresponds to an increase of 4.9% to 4,310.8 million subscribers. Mobile broadband increased by 30.6%, while fixed line broadband improved by 10.4%.

Vipnet in Croatia showed revenue increase of 1.6% to EUR 84.6 million in the period under review. Against the backdrop of intensive competition and a threefold rise in national spectrum usage fees, EBITDA comparable declined by 15.9% to EUR 19.1 million. While mobile customer numbers dropped by 4.5% to 1,725.8 thousand, the fixed line business registered customer growth of 13.2% to 228.9 thousand lines.

In the Belarusian mobile market, revenues increased by 16.8% on a local currency basis. However, hyperinflation and strong currency fluctuations led to a decrease in euro-denominated revenues by 4.7% to EUR 77.2 million. In March 2015, the Belarusian ruble regained ground, with the overall market environment showing a stable trend. At the same time, operating counter-measures were put in place to respond to the challenging situation. This led to an increase in EBITDA comparable of 4.4% to EUR 41.7 million (+28.0% in BYR) at the end of the first quarter 2015. EBIT rose by 10.3% to EUR 21.7 million. The persistently high demand for broadband products resulted in an increase in broadband customer numbers by 12.0% to 282.9 thousand, with total mobile subscribers amounting to 4,920.6 thousand.

The "Additional Markets" segment developed in line with the Group's trend. In Slovenia, revenues dropped by 13.8% to EUR 43.4 million. The Serbian market showed an increase in revenues in the period under review; however, due to an accounting effect in relation with end-devices, revenues declined by 7.8% to EUR 45.5 million. Revenues in the Macedonian market rose by 17.6% to EUR 15.9 million. Due to a one-off effect in Slovenia, EBITDA comparable grew by 110.3% to EUR 31.7 million and operation result (EBIT) by 168.0% to EUR 26.1 million. In the Republic of Serbia, EBITDA comparable declined by 30.4% to EUR 10.7 million, while EBIT improved by roughly EUR 0.5 million. The Republic of Macedonia also showed strong growth in EBITDA comparable with a plus of 36.6% to EUR 3.4 million, while operating result (EBIT) declined by EUR 0.1 million. Market development in terms of new contract awards showed a positive development across the entire segment.

Outlook
Following the publication of key figures for the first quarter of the year, outlook for the full-year 2015 remains unchanged. In addition to the planned growth in revenues of approximately 2% and a total investment volume of EUR 700-750 million, the company will propose the distribution of a dividend of EUR 0.05 per share to the Annual General Meeting.

Selection of our videos