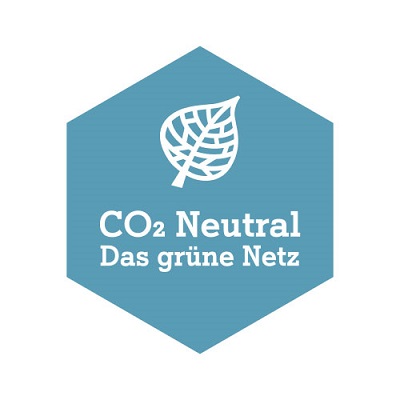 A1 is the first communications provider in Austria to operate a 100 % carbon neutral network. This is possible thanks to targeted measures, such as using electricity generated 100 % from renewables and reducing energy consumption. So, A1 customers can phone, surf and watch TV in the A1 network with a clear conscience and zero carbon emissions.

Despite date traffic duplicates currently every two years, total energy consumption (since 2011) has already been reduced 7 years in a row.

Since May 2014 the carbon neutral network became reality, certified by TÜV SÜD according to the standard PAS2060.

The way to a carbon neutral network
A1 has a long tradition of climate and environmental protection. More than ten years ago, A1 introduced an environmental management system to systematically manage its activities in this area. The company's efforts have been a resounding success: between 2012 and 2018 emissions were reduced by about 66 %. Now the A1 network is carbon neutral.

As part of the initiative "Carbon Neutral Network" all emissions caused by network operations that can be directly influenced (amounting to 84 % of total emissions) will be neutralized. The focus is on three measures: avoiding carbon emissions and increasing efficiency, using renewable energy and the support of national and international climate protection projects.

The first step towards a carbon neutral network is to reduce the own energy consumption. We pay particular attention to improving energy efficiency at computer and data centers and at mobile communication base stations throughout Austria. This has a positive impact A1´s energy balance and makes a direct contribution to cutting carbon emissions.

Generating electricity by burning fossil fuels such as coal is one of the biggest sources of carbon emissions. On the other hand, the use of electricity generated from renewable energy sources is climate neutral. As a second step, A1 is therefore promoting sustainable electricity production and building its own renewable power plants. Moreover, since 2014 all of A1's electricity comes from renewable sources such as the sun, wind, biomass and water.

As a third step, the remaining carbon emissions which cannot be lowered by increasing efficiency or using renewables, are offset by voluntary support for climate protection projects.

Systematic Action against Rising Energy Consumption
Our world is becoming increasingly digitalized. The resulting growth in data traffic drives up energy consumption, increasing the amount of energy required to power the networks. Consequently, A1 is taking systematic action to counter the rising demand for energy.

A1 has been implementing targeted measures to reduce energy consumption for more than 10 years. These range from intelligent cooling systems in data and technical centers to using alternative drive technologies, such as natural gas, electric and hybrid vehicles in the vehicle fleet, to expanding A1's own electricity production facilities with photovoltaic technology.

66 % Lower Emissions by 2018
A1's success has been tangible: despite steady growth in data traffic, A1 has not only stabilized electricity consumption in recent years, it has actually reduced it. Thanks to targeted measures the company cut carbon emissions by around 66 % between 2012 and 2018.
In "low data traffic" periods, for example, the GSM resources of the mobile base stations are gradually turned- off, depending on how many mobile phones are in use at the time. This makes it possible to save additional energy.